Catnip or Catmint is a potent minty lemony plant that has a strong scent that makes a feline go crazy, whether that is a lion, tiger, panther or a domestic cat doesn’t seem to matter.

Catnip is a plant, also known as Nepeta Cataria, that lives shortly and grows to around 50-100cm in height and width. It blooms from late spring to the autumn.

The entire catnip plant, so in other words the leaves, stems and seeds, contains an oil. The chemical in this oil is nepetalactone and has an attractant acting on cats. The compound is also present in the wood of the Tartarian Honeysuckle (a bush), which is often used in cat toys.

Although Nepetalactone can only be extracted from catnip through steam distillation, the compound is also active through the other parts of the plants and do not need any form of distillation to get your cat crazy.

Catnip is a fantastic plant with nice pink-white flowers for your garden, so if you happen to have garden space it is a nice plant to have for nature around you and your cats in your garden. Do know though that it is able to spread quickly through your garden, but with cats around to eat it that will most likely be low in chance.

As said, all products can be dried and kept for your cats on later occasions, but it is a rather stay-fresh product, so all that you do not want to use straight away should be kept in your freezer until use.

Not all cats seem to be sensitive to this herb, but about one in two cats seem to go crazy on this stuff. Catnip is a true recreational substance for cats. Kittens do not get affected by it until they are about three to six months old. Cats that do not react to Catnip, could try to use Kiwi Sticks or also called Silver Vine.

Catnip comes in all sorts of forms, spray, oil, leaves. Catnip is often put in cat toys and it makes them go crazy. We have the herbs that are actually meant to put inside a toy and sprinkle it over the floor or a cat bed somewhere. As soon as our cats get the scent in their noses, they start licking, chewing and rolling in it. It looks like they are on drugs and perhaps that is a little bit true.

Catnip has an enormous effect on the cats that get attracted by it. For some this means aggressive playfulness, others get all mellow and lay calmly slowly rolling themselves and rubbing their faces into it. Others eat it and love it as a snack.

After about 10 minutes of play, it stops and it will take a while before they are interested in it again (about two hours).

Catnip is something cats will always respond to (if they do), so it can be used in all sorts of training:

Plenty of options available and lots of fun to be had for both you and your cat(s). 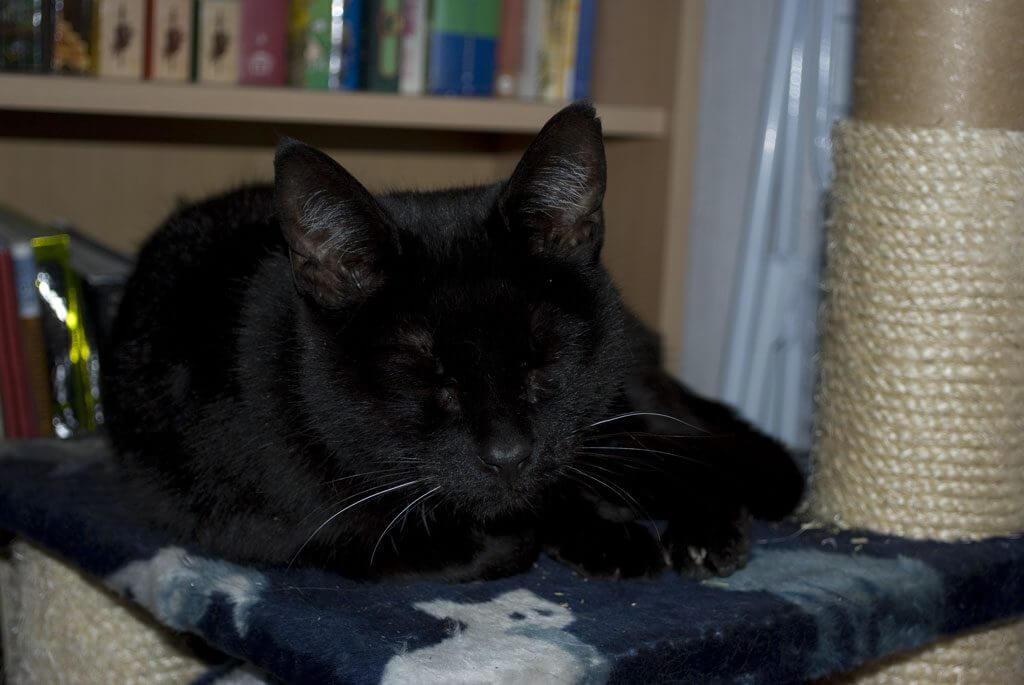 Nepetalactone, the chemical compound distilled from the catnip oil, is a mosquito and fly repellent. It will also work against cockroaches and termites (if you happen to have them). It seems to be more effective than DEET, but not on the skin. But I don’t like using DEET on the skin either anyway. Just that distilling that compound won’t be so easy done at home.

Catnip can be brewed into a herbal tea and it can be used as a herb in culinary dishes. Catnip is even used by humans through smoking for some form of relaxation, although it isn’t as effective as it is on cats. Catnip has actually a history of medicinal use for all sorts of treatments and ailments.

Another compound that can be extracted from catnip oil, named iridodial, can be used to attract lacewings.

Catnip is available in the animal stores as the herb, as a spray, is used in the production of cat toys and can be even found in certain treats. Most of our cats don’t like the treats however, but we have had a ball once upon a time that was made entirely out of Catnip. Cat toys with catnip in them are also a big hit here in our cat family.

One such toy is the Kong Kickeroo that is highly popular among our cats.