If you got cats, I am absolutely sure you have been confronted with dead animals or animal rests on your door step. So, why do cats bring dead animals home? This question and more will be answered.

All cats, young or old, male or female, neutered / spayed or whole, hunt for prey. Hunting for prey is in their instincts. As a kitten they learn to be more effective in hunting by their mother.

Cats came originally from the forests some 10.000 years ago. Hunting came naturally to them as a way of surviving in wild nature. They domesticated themselves as soon as mice, rats and other rodents appeared near human settlements around the time that barley and wheat became part of human agriculture. The humans appreciated the kills of rodents by these cats and so they lived along each other.

Nowadays we neuter or spay domestic cats as to prevent overpopulation of these same cats. Often people have than also wondered whether their cat will stop hunting mice. The answer is simply no, because it is in their instinct and there will always be a need for pleasing the need to hunt, whether the prey will be dead or alive doesn’t seem to matter.

So you got this mouse on your doorstep, beneath your sofa, thrown at your legs. How will you respond? Many respond in disgust and disbelieve why this beautiful and oh so sweet creature can be so cold-blooded in killing all sorts of other cute creatures. The mouse is perhaps not the most cutest animal around for most, but it is a different story when your cat delivers you young birds, squirrels, frogs, butterflies and the like.

The reason your cat delivers you these dead or half dead creatures is simply out of care. It is something that mostly female cats do to their ‘owners’, but I see both genders do it out of love and care. Its about giving you the food, you wouldn’t be able to hunt for yourself.

There is a second type of gift in this however. Mother cats often bring their kittens a half dead or dead prey to practice their hunting skills on them. So perhaps the next time you receive a half dead squirrel, mouse or bat, you understand that you have to have a go at hunting the prey and be happy with the kill.

But instead of responding in disgust, please thank your hunter or huntress for the fantastic and amazing job – because that, it is! – and than take it from her, to dispose of it. In return you can give your dear cat a treat or two!

At the least you should cuddle your cat thanking for the awesome gift you just got.

Examples Of Gifts And Appreciation

Kira often comes in with dead or nearly dead mice. Last week she mewed at the door, so my wife opened up for her. The next moment she runs in, past my wife, with a muffled mew. A mouse was thrown at the floor in front of me, followed up by a happy tirr.  I thanked her and disposed of it accordingly, while my wife gave her a treat.

A few days ago, one in our family reported about a squirrel presented by her cat. Unfortunately the squirrel didn’t make it and ended up in the garbage disposal.

Not all of the times of delivery, has it been meant for us, however. There are examples where one of our cats delivered a wounded mouse or bird to one of the kittens that we had on foster care at the time. The kitten was overjoyed and played with the mouse for an hour or so.

Cats are hunters first and foremost for food. Even though you give them adequate amounts of nutritional foods and water, they still get a kick from catching prey and eating it.

You could call it a hobby, but do not forget that there is nothing as good as raw meat for them. They got a gut to digest this type of food and take out all the nutrients out of them. They also got the teeth and jaw pressure to take care of all the bones of such rodent animal.

Not every part of the prey’s body is interesting or tasty however and this is than the reason that they are left out and spread on the doorstep. I have seen many stomachs of mice on my doorstep. The only logical explanation I can find to that is that stomachs often are highly acidic. The other possibility is that there are often still food rests in a rodents stomach that are not fully digested yet, maybe not your feline’s favourite.

Apart from leaving them simply behind while eating the rest of the prey, they can also eat the prey whole and puke the not-so-tasty bits out.

What often happens after eating prey is that their stomachs do not entirely agree to the contents and they end up puking most of it out again. Or they catch and eat a prey at night, come in on the early morning to eat a batch of kibble and then end up puking the kibble, because that was probably a bit heavy on an already heavy stomach.

To easier pass up bad stomach contents, cats eat grass, as it will tickle their throat and digestive tract.

Treat Your Cat Against Parasites 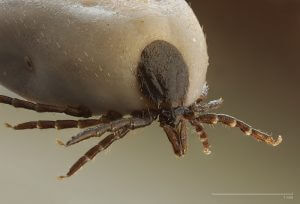 While you might think that there are only positive sides of your cat eating all these healthy nutrient extra meals, there are also some negative sides. The same rodents and birds often come with parasitic infections that your cat can get from eating them.

It is therefore very important to keep an constant watching eye on your cat and treat them regularly against worms and flees (preventive). Comb their fur to see early signs of flees and ticks and check their feces for possible worm infections.

With proper preventive care and appreciative response, your cat(s) can stay true to their nature.

Please share your experiences with special deliveries by your cat(s) in the comments below!