Nowadays we cannot think of a life without cats. These cute furry four-legged creatures do not only feel soft, but they also seem to like us and want to stay with us. There was however a history without cats, so why did humans domesticate cats? Let’s find an answer to that question. 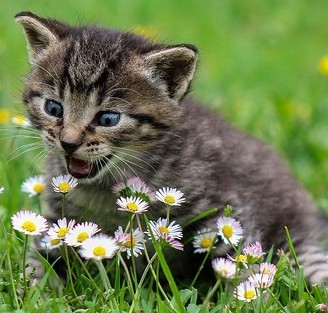 You will even see them on products, pictured on all sorts of merchandise or pictured in the birthday and wishing cards section of your local supermarket. Cats are part of us and we cannot really imagine a life without them.

It was however not always like this. Cats didn’t live among us humans before some 10.000 years ago.

Cats of The Jungle and Forest

Cats came from the jungle and forest and did their own hunting for prey. They were part of their own ecosystem and maintained it very well.

At a certain moment in time, about 10.000 – 8000 years ago, humans had started agriculture and had storage facilities for all their grains and products. These produce attracted a lot of the rodents and other animals from the forest into the silo’s.

The cats from the forest or jungle smelled their relocated prey and came to the humans to hunt for the rodents. This was the turning point for the cats as well as for humans.

Humans figured out very fast that it was the cats that could protect their food storage against the rodents that were infesting them and eating from the food. They decided to keep the cats surrounding them instead of showing them the door. Humans also started to feel the need to care for their cat as the cat was the one that could take care of the pests.

Also, leftovers of human food were often eaten by the pet animals. At least the meat and bone rests, because anything else would be meant for human consumption.

Living With And Breeding

Cats were part of our lives and cats bred with other cats, so the population of cats in the farms and settlements grew. The newer cats born were fed the foods that humans left them as well as the rodents they instinctively killed and ate. Over time however and with fewer rodents available, cats learned and evolved to become less self-sustaining and more depending on what humans have to offer. 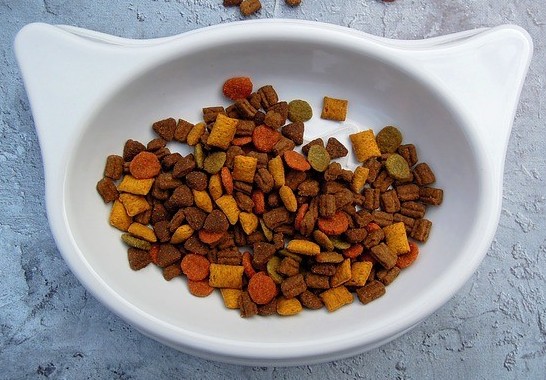 As you can see from how it all started, cats were self-sufficient in their food needs. They hunted for their food inside and outside of the villages and farm area’s. Their food consisted of solely meat-proteins.

As soon as they became part of our lives and their population grew, the rodent population dropped tremendously and humans were forced to give their new feline friends also other ways of surviving the winter. That all started with whatever scraps and food rests that humans could find.

This wasn’t enough however. Cats were fed with whatever the farmers had plenty of. This became horse meat, so at some point cats were solely fed horse-meat. Cats have been fed horse meat up until the late 1800, early 1900s until the existence of cat food.

The early adopters of cats were thinking about their own crop protection, while taking care of the cute cats in their household. Nowadays we just think about the cute cats that we want to cherish and take care of.

What is important to understand however, is that the real reason for humanity to have cats in our lives is no longer to protect crops, but to protect their wallets. Pet food and pet accessories manufacturing is really big – no HUGE business with a lot of money involved.