There are some smells that cats hate more than anything. What better way of keeping your cats away from certain places, than to make use of the smells they hate in repellents?!

I’ve been trying to research this subject to ground it more and found some controversies in the answers to this question. Cats generally love to be clean at all times and there environment even so. This doesn’t seem to go up for smells however and that is something that many websites out there have misunderstood I am afraid.

Most of my experience and knowledge on cats is based upon what we experience with our own cats in our house. If cats wo

uld really like it super clean, then you can explain me why they come to us when we are spending time on the white throne or why they disappear as soon as we come from a nice fresh smelling bath.

That info vs the experience simply doesn’t add up. Therefore, my theory is that cats generally do not like anything that smells soapy and clean. There are some exceptions, which I will come back to later. Let’s first talk about the smelling senses of cats and explore the different smells that cats hate.

While cats are not dogs and cannot smell, track and search things from great distances, cats do have better developed smelling senses than we humans do. In fact, cats can smell up to 14 times better than us humans.

We humans have a small nasal system compared to cats that use almost their entire head for smelling senses.

The following smells cats generally hate or don’t like. There are some exceptions though for a certain amount of cats, so don’t pin me on it.

Generally you will find that cat’s hate the smell of:

Cats do not like Citrus Fruits. I did nearly want to put the spices and some plants and citrus fruits together, for they are strongly related. Spices are actually plant based, citrus fruits come from plants. There is a good reason that cats don’t like them: it’s poisonous to them either by ingestion, by smelling or by getting it on their skin.

Citrus fruits are simply dangerous to your cat, so you better not use it on or near your cat. 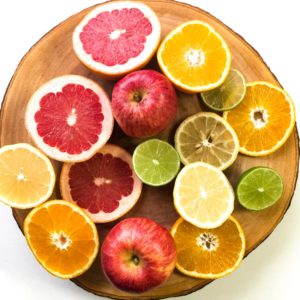 Some cat litters contain chemicals or soaps, such as baby powder, chemical perfumes or natural pine. Pine is actually a smell that cats (in strong versions) dislike. Pine is not the only smell they dislike. Also Lavender and If you want a happy cat on the cat litter box, then you are best of finding an unscented (clumping) cat litter.

Guide: Which Cat Litter Is Best?

While most sources talk about rotten fish, I have seen cats eat and sniff fish in all forms. I wouldn’t say that cats really like to eat rotten fish or meats, but they do eat a lot meats and fish that we wouldn’t come close to even.

So rather to concentrate on spoiled food, as that is something that no-one really wants to eat (or serve) anyway, let’s concentrate on some fish types that cats will avoid at all cost. As such you could really add smoked fish. I’ve had plenty of fish that were smoked under production that cats don’t want to show interest for, while a fresh fish tin will gather them in flocks.

You definitely should be careful though with raw fish, because these can be hazardous for your cat. We’ve made a list of foods that cats should not eat.

Now that we have landed at spices, we can go a little deeper on the matter. As I said earlier, spices are generally coming from plants and plant products. Although Citrus fruits are bad to cats, certain spices and plants are even more so. Cats generally dislike pepper, but find most other spices also not attracting them. Similarly, to the fruits and plants, there is a logical explanation to these dislikes: namely toxic levels that can harm your cat.

Spices that a cat ingests or spices that are used on the skin of a cat can cause serious trouble anywhere from vomiting to kidney failure and death, depending on the herb or spice.

The kidneys of a cat cannot process the spices and herbs. This is also the reason why cats should not come in contact with essential oils.

Apart from the fact that most chemicals in these deodorants and perfumes are highly toxic to them, cats really don’t like to be all that clean. With a smelling system that is 14 times stronger than that of humans, a little of either product is simply too much.

It isn’t only the smell that they dislike, but also the spray of the product that is hated. If you plan to spray some perfume, eau de toilet, after shave or deodorant on your body, you are probably better off doing that in a place where your cat isn’t active. Cats might also avoid you when you recently used the product on your body.

Another good example is your cats not being pleased by the fresh and clean smell of you after a bath or shower.

Note that cats generally do not like the noise and the effect of a spray. Sprays have tiny particles of the product in a mist in the air. The mist of particles can float to the cat’s eyes and irritate them.

As with spices, certain plants are on the toxic list to cats and cats will generally dislike the smells and stay away from them. Geranium, Lemon, Thyme and Lavender are plants that cats don’t like. Lemon you already knew from the citrus fruits being disliked.

There are also a list of plants that are potentially dangerous to your cats, that you may want to avoid in your garden.

Indoors you could use citrus sprays to spray on areas where you don’t want your cat to be around, but it isn’t guaranteed to work. Some cats simply ignore it or will instead scratch on the area where, because they don’t like the smell of it. There are better methods for redirecting cat behaviour to appropriate places.

Outdoors you definitely can make use of the plants that we mentioned to protect your garden from being wrecked or used as a toilet. For outdoor use one can also install fences to keep a cat in certain places or out of others.

The toxic spices can be extremely dangerous for your cat’s health so don’t use those around the house if you or your neighbour has cats. Even in the form of essential oils are they dangerous to your cat.

You wouldn’t use deodorant or cleaning agents as a way to repel cats from places. Naturally cleaning your house will in one way get your cat affected. Be sure to use a cat-safe or pet-safe cleaning agent for the areas where your cats walk, especially floors.

We generally advise you to refrain from using smells that cats hate as repellent and instead use the different methods to make your house cat-safe.